Check out our other Fellowships

The Drama League Stage Directing Fellowships are for stage directors in the early stages of their professional career.  Please see our F.A.Q. page for eligibility questions.  Applications are especially welcome from directors who identify as members of populations that have historically been denied equity, access, inclusion or belonging in the field and in society, who have been marginalized, underrepresented, and/or those whose paths to direction may have been nonlinear or nontraditional.

May
June
June-August
August-December
March-May
May

Fellowships begin with an intensive orientation in New York City of workshops, learning opportunities, and private meetings with prominent artistic leaders, producers, directors and other professionals. Fellows have their first meeting with their Fellowship Mentor, a member of the Drama League Directors Council.

During this time, the two Fellows will follow separate tracks to join the artistic staff of either Manhattan Theatre Club or McCarter Theater Center.  (One Fellow will be assigned to each theater.) During their residency, the Fellows observe and participate in the processes of season curation, new work development, production execution, community engagement, and more.  The Fellow will return to this theater at the end of their Fellowship experience (see Year Two).

NOTE: Travel and Housing are not provided for this experience, and are the responsibility of the Fellow.

The Fellows join the artistic teams of The Drama League and Red Bull Theater in alternating windows during this time.  At The Drama League, the Fellow joins in the artistic programming, including their second Professionals Week, where they have a curatorial role in designing experiences that can accelerate their own creative and professional growth.  Fellows also direct a two-day workshop exploration with non-union actors and a dramaturg, to be presented to the public as a staged reading.  At Red Bull Theater, Fellows participate in the company’s artistic life in various capacities, including directing a Revelation Reading either in this period, or during the following autumn (to be scheduled).

NOTE: Travel and Housing in New York City are not provided for this experience, and are the responsibility of the Fellow.

May
June-July
August
September-February
Post-February
May

For their second Professionals Week, Fellows have a curatorial role in designing experiences that can accelerate their own creative and professional growth.

Fellows travel to assist on major summer developmental projects either as the Directing Fellow at Dallas Public Works at Dallas Theater Center in Dallas, TX, or as the Directing Fellow at New York Stage & Film’s Summer Season.  (Opposite from the first year, the Fellow will rotate to the other company, meaning that the Fellow would have both experiences.)

The Fellows will travel to a retreat location for a process workshop deepening their own directorial practice, with a company of professional actors in site-responsive environments, supported by a mentor director and experienced professionals. Following the Intensive, Fellows will gather in New York City for production preparation for DirectorFest.

NOTE: Fellows will not be required to be in residence in New York City for this entire period…roughly for auditions, and for rehearsals in January.  Travel and Housing in New York City are not provided for this experience, and are the responsibility of the Fellow.

To Be Scheduled Post-February With Fellow (time TBD)

Fellows will follow DirectorFest with a targeted set of meetings with industry professionals, following a strategic planning process with Drama League staff.  They will also begin their preparations to direct a presentation with their Year One Residency company, either Manhattan Theatre Club or McCarter Theatre Center, in consultation with the companies and The Drama League.

QUESTIONS?
You may find your answer on our F.A.Q. page for artists,
which includes information about eligibility, application materials, and more.

The Drama League Residencies develop and incubate director-led projects for live performances, utilizing the resources of The Drama League in New York City.
Find Out More

The Drama League is a home for stage directors, and a platform for dialogue with, and between, the audiences they inspire.  Founded in 1916, the organization is one of the longest-running, continuously operating arts service organizations in the United States.  To support its programs for artists, or to become a member of its community, please visit www.dramaleague.org.

One of the leading regional theaters in the country, Dallas Theater Center (DTC) performs to an audience of more than 90,000 North Texas residents annually. Founded in 1959, DTC is now a resident company of the AT&T Performing Arts Center and presents its mainstage season at the Dee and Charles Wyly Theatre in the Dallas Arts District. DTC also presents at its original home, the Kalita Humphreys Theater, the only freestanding theater designed and built by Frank Lloyd Wright. DTC engages, entertains and inspires a diverse community by creating experiences that stimulate new ways of thinking and living by consistently producing plays, educational programs and community initiatives that are of the highest quality and reach the broadest possible constituency.

MTC is committed to doing the ongoing institutional work to reassess our practices and to reaffirm our goal of achieving an anti-racist organization which respects and honors all of the voices heretofore underrepresented in our industry. For more information on the actions we are taking, please visit https://www.manhattantheatreclub.com/edi/ 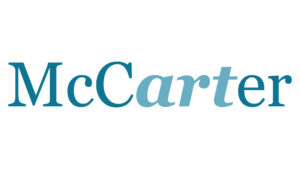 McCarter’s mission is to create stories and experiences that enliven minds, expand imaginations, and engage communities. An independent not-for-profit performing arts center located between New York City and Philadelphia – and on the campus of Princeton University – McCarter is a multi-disciplinary creative and intellectual hub offering theater productions, music, dance, spoken word, and educational programs for all ages.

Celebrated for developing new work, and winner of the 1994 Tony Award for Outstanding Regional Theatre, world premieres include Christopher Durang’s Vanya and Sonia and Masha and Spike (Tony Award for Best Play), Tarell Alvin McCarey’s The Brother/Sister Plays, Emily Mann’s Having Our Say, and Danai Gurira’s The Convert.

McCarter connects with the community year-round with a Shakespeare Community Reading Group, holiday programs, a free outdoor concert series, local partnerships in Trenton and Princeton, and in-school artistic residencies. McCarter and Princeton University share a long history of unique collaborations and commissions including the Roger S. Berlind Playwright in Residence program and the Princeton and Slavery Project.  www.mccarter.org

New York Stage and Film is a not-for-profit company dedicated to both emerging and established artists in the development of new works for theater, film and television. Since 1985, New York Stage and Film has played a significant role in the development of new plays, provided a home for a diverse group of artists free from critical and commercial pressures, and established itself as a vital cultural institution for residents of the Hudson Valley and the New York metropolitan region.

Red Bull Theater brings rarely seen classic plays to dynamic new life for contemporary audiences. Our work unites a respect for tradition with a modern sensibility.Red  Bull  Theater  is  named  for  the  rowdy  Jacobean  playhouse  that  illegally  performed  plays  in  England  during  the  years  of  Puritan  rule,  and  was  the  first  London  theater  to  reopen after the Restoration. This bold spirit is central to our identity.
With the Jacobean plays  of  Shakespeare  and  his  contemporaries  as  our  cornerstone,  Red  Bull  Theater  is  New  York  City’s  home  for  dynamic  performances  of  great  plays  that  stand  the  test  of  time. The company also produces new works that are in conversation with the classics. Red  Bull  Theater  delights  and  engages  the  intellect  and  imagination  of  audiences.  A  home for artists, scholars and students, we strive to make our work accessible, diverse, and welcoming to all theatergoers. Educational as well as entertaining, our work keeps a rich and vital tradition thriving.Red Bull Theater believes in the power of great classic stories and plays of heightened language  to  deepen  our  understanding  of  the  human  condition.  We  believe  in  the  special ability of live theater to create unique, collective experiences. And we believe in the timeless capacity of classical theater to illuminate the events of our times.
Founded in 2003 with a production of Shakespeare’s Pericles, Red Bull Theater has been acclaimed by The New York Times as “a dynamic producer of classic plays” and by Time Out New York as “the most exciting classical theater in New York.” In  our  17-year  history,  Red  Bull  Theater  has  produced  21  Off-Broadway  Productions  and  nearly  200  Revelation  Readings  of  rarely  seen  classics,  serving  5,000  artists  and  providing quality artistic programming to an audience of 65,000. The company’s unique programming has received ongoing critical acclaim, and has been recognized with Lortel, Drama Desk, Drama League, Calloway, Off Broadway Alliance, and Obie nominations and Awards.

Theatre Communications Group (TCG), the national organization for theatre, leads for a just and thriving theatre ecology. Since its founding in 1961, TCG’s constituency has grown from a handful of groundbreaking theatres to over 700 Member Theatres and affiliate organizations and over 7,000 Individual Members. Through its programs and services, TCG reaches over one million students, audience members, and theatre professionals each year. TCG offers networking and knowledge-building opportunities through research, communications, and events, including the annual TCG National Conference, one of the largest nationwide gatherings of theatre people; awards grants and scholarships to theatre companies and individual artists; advocates on the federal level; and through the Global Theater Initiative, TCG’s partnership with the Laboratory for Global Performance and Politics, serves as the U.S. Center of the International Theatre Institute. TCG is North America’s largest independent trade publisher of dramatic literature, with 18 Pulitzer Prizes for Drama on the TCG booklist. It also publishes the award-winning American Theatre magazine and ARTSEARCH®, the essential source for a career in the arts. TCG believes its vision of “a better world for theatre, and a better world because of theatre” can be achieved through individual and collective action, adaptive and responsive leadership, and equitable representation in all areas of practice. TCG is led by executive director and CEO Teresa Eyring and deputy director and COO Adrian Budhu. tcg.org