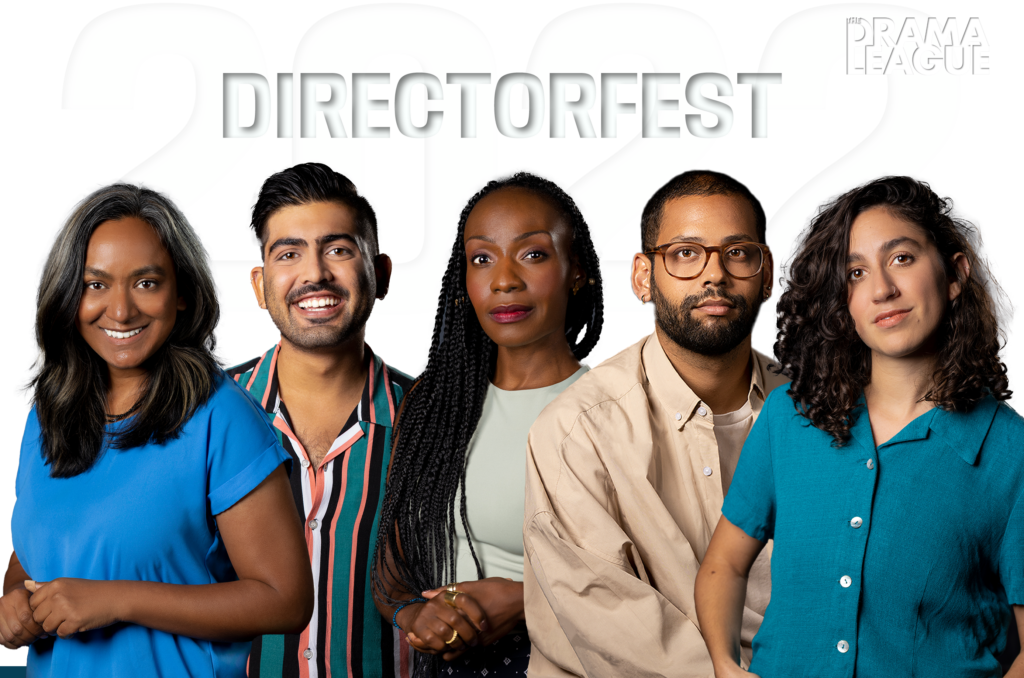 She Talks To Beethoven​

Adrienne Kennedy (Playwright) is an Award-winning playwright, lecturer and author. Her plays include Funnyhouse of a Negro (Obie Award), June and Jean in Concert (Obie Award), Sun, A Movie Star Has to Star in Black and White, Mom, How Did You Meet The Beatles?, A Rat’s Mass, The Owl Answers, Motherhood 2000, Electra and Orestes (adaptation), She Talks to Beethoven, An Evening with Dead Essex, A Lesson in a Dead Language, and The Lennon Play. She is the co-author of Sleep Deprivation Chamber (Obie Award) with her son Adam. Other awards include a Guggenheim Award, the Anisfield-Wolf Book Award for Lifetime Achievement, the Lila Wallace Reader’s Digest Award, the American Academy of Arts and Letters Award for Literature, and the American Book Award for 1990. Her published works include Heart in a Box, In One Act, Alexander Plays, Deadly Triplets, People Who Led to My Plays (a memoir), and He Brought Her Heart Back in a Box and Other Plays. In 2018, Ms. Kennedy was inducted into the Theater Hall of Fame for “Lifetime Achievement in the American Theater.” 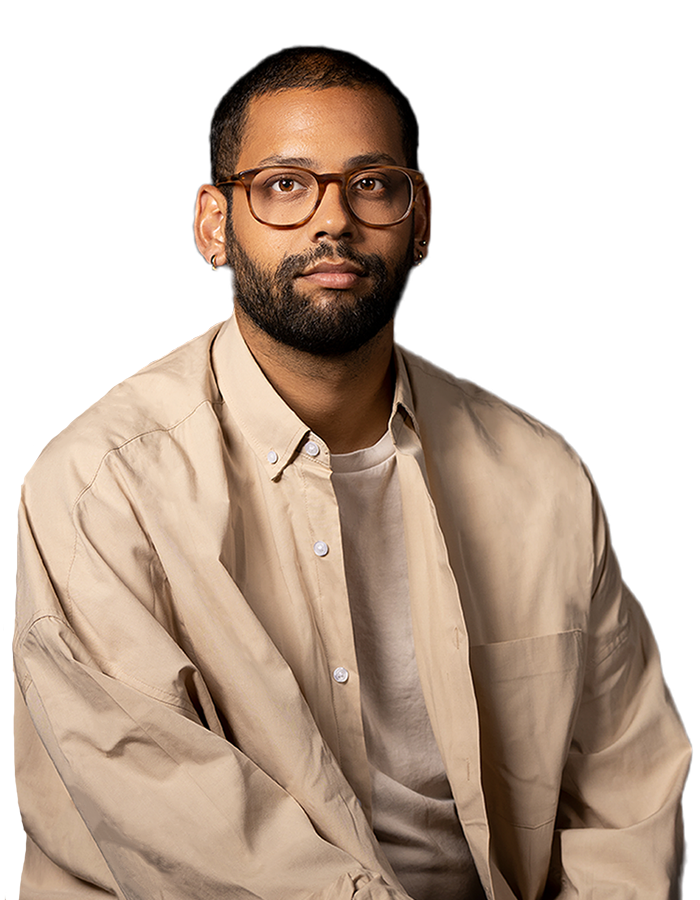 Keenan Tyler Oliphant (Director, he/him) is a theatre-maker and director from South Africa. Keenan’s work is in the lineage of the communal theatre-making and storytelling traditions of South Africa. As a theatre-maker he recalls his traditional Southern African storytelling lineage by simultaneously exchanging with histories and futures to create spaces of healing, investigation, mourning and celebration through performance. Keenan endeavors to create work that is powerful in its relation to contemporary experience, and that challenges social and political conventions while engaging with performance as a ritual expression of the spiritual and the erotic.  Keenan is the Associate Director of Hadestown (Broadway) and Oratorio for Living Things (Ars Nova).  He has served as second assistant director to Rachel Chavkin (Moby Dick, A.R.T, Cambridge 2019), Raja Feather Kelly (We’re Gonna Die, Second Stage Theater, New York 2020) and as Associate Director for Bengson’s work in progress OHIO (St Ann’s Warehouse, April 2021).

Todd Almond (Book, he/him) is a composer, lyricist, and playwright. For The Public Theater/Shakespeare in the Park, he wrote the music and lyrics for the Public Works production of The Tempest at the Delacorte Theater (a production in which he also starred as Ariel). His musicals include Girlfriend (Berkeley Rep., and Actors Theatre of Louisville, with songwriter Matthew Sweet, dir: Les Waters); Melancholy Play (13P, with playwright Sarah Ruhl, dir: Davis McCallum); We Have Always Lived in the Castle (Yale Repertory Theater, with playwright Adam Bock, dir: Anne Kauffman); On The Levee (LCT3, dir: Lear deBessonet); The Odyssey (The Old Globe, dir: Lear deBessonet) and Iowa (Playwrights Horizons, 2015, with playwright Jenny Schwartz, dir: Ken Rus Schmoll). Almond music-directed and arranged Sherie Rene Scott’s hit show Piece of Meat (54 Below and Hippodrome in London) and can be heard on Laura Benanti’s live album In Constant Search of the Right Kind of Attention. He has released two solo albums: Mexico City, and Memorial Day.

Matthew Sweet (Music and Lyrics, he/him) is an American rock singer-songwriter and musician who was part of the burgeoning music scene in Athens, Georgia, during the 1980s before gaining commercial success in the 1990s as a solo artist. He is an artist who navigates the line between the power pop underground and the mainstream end of alternative rock. With 1991’s Girlfriend, Sweet enjoyed a commercial and critical breakthrough, with its near-perfect fusion of pop formalism and full-bodied rock & roll. His latest album, Catspaw was released in January 2021. 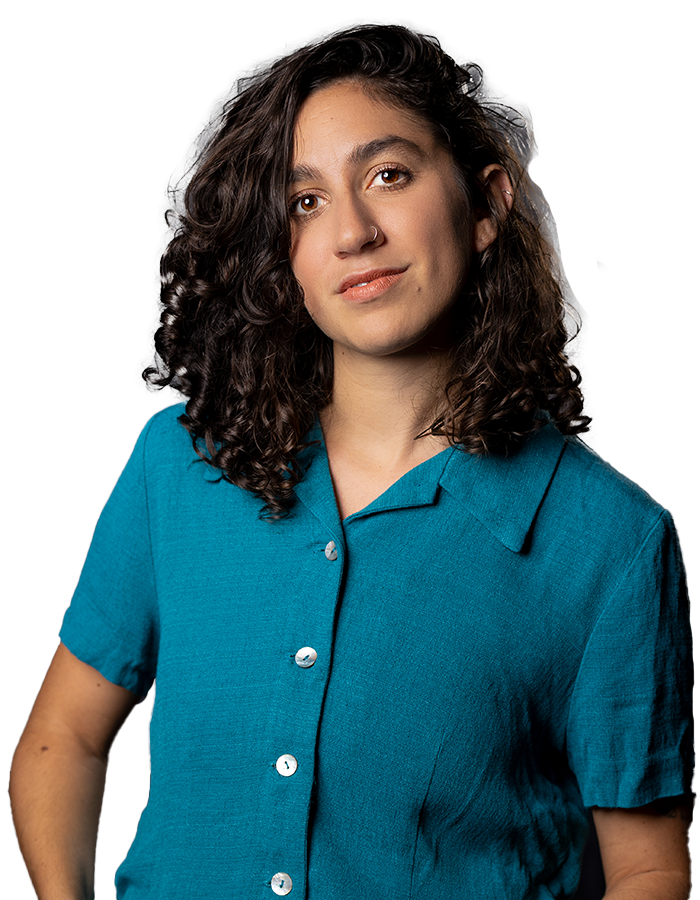 Elijah Caldwell (Music Director, he/him) An Obie Award winner, Elijah was the standby in the 2020 Pulitzer Prize winner, A Strange Loop at Playwrights Horizon. A graduate of The University of North Carolina at Chapel Hill, Elijah received his Bachelors of Music with a focus in Piano Performance and Voice. Post graduation, he attended the prestigious New York University – Steinhardt School, where he procured his Masters in Musical Theatre and began his acting career. Elijah currently resides in NYC, is the Associate Musical Director for the Broadway-bound The Devil Wears Prada, and focuses his artistry on dismantling white supremacy and uplifting Black, Indigenous, and People of Color. #ThisIsCaldwell

Aditi Brennan Kapil (Playwright, she/her) is a television and theater writer, actress, and director. Recent TV projects include “Away” on Netflix and “American Gods” on Starz. Recent theater projects include Pax Americana (Oregon Shakespeare Festival), Orange (SouthCoast Repertory Theatre), and Imogen Says Nothing (Yale Repertory Theatre). Aditi is a Resident Playwright at New Dramatists. Her first play Love Person, a four-part love story in Sanskrit, ASL and English, received the Stavis Playwriting Award in 2009. Her play Agnes Under The Big Top, a tall tale was selected as a 2009 Distinguished New Play Development Project by the NEA New Play Development Program hosted by Arena Stage. Her Displaced Hindu Gods Trilogy (Brahman/i, a one-hijra stand-up comedy show; The Chronicles of Kalki; and Shiv), based loosely on the Hindu trinity of Brahma, Vishnu, and Shiva, premiered in repertory at Mixed Blood Theatre in October 2013, and have since been produced across the US and in the UK. Brahman/i and The Chronicles of Kalki received an unprecedented double nomination for the James Tait Black Prize, University of Edinburgh, UK. www.AditiKapil.com 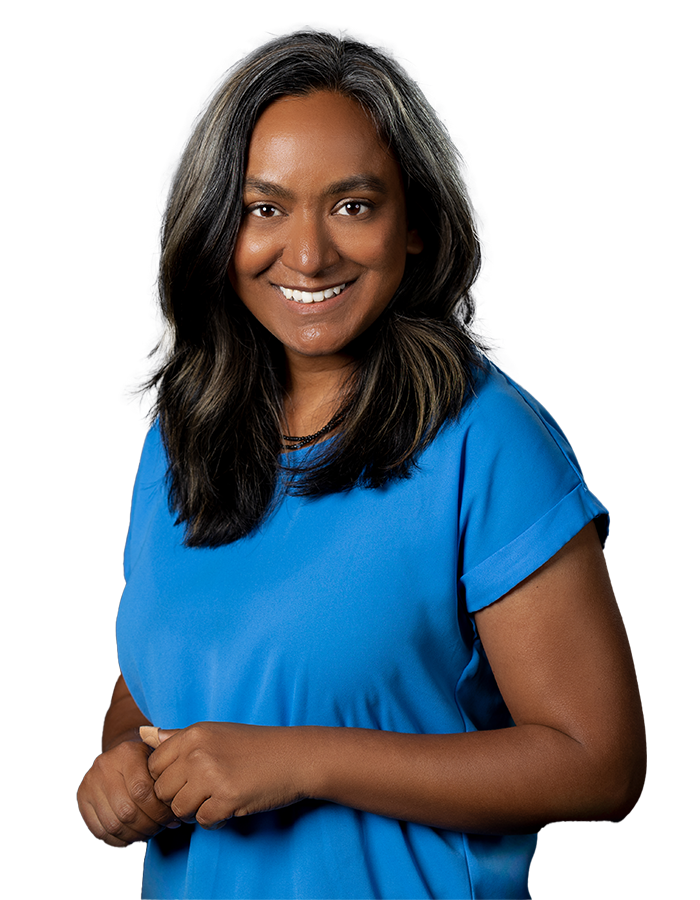 Caryl Churchill (Playwright, she/her) was born on 3 September 1938 in London and grew up in the Lake District and in Montreal. She was educated at Lady Margaret Hall, Oxford. Downstairs, her first play written while she was still at university, was first staged in 1958 and won an award at the Sunday Times National Union of Students Drama Festival. Caryl Churchill’s plays include: Owners, Traps, Light Shining in Buckinghamshire, Cloud 9, Top Girls, Fen, Serious Money, Ice Cream, Mad Forest, The Skriker, Blue Heart, This is a Chair, Far Away, A Number, Drunk Enough To Say I Love You?, Seven Jewish Children, Love & Information, Here We Go and Escaped Alone. Music theatre includes Lives of the Great Poisoners and Hotel, both with Orlando Gough. Caryl has also written for radio and television.

Ryan Dobrin (Director, he/him) is a queer, biracial New York-based director and producer interested in the exploration of emotional growth, spectacle, otherness, human connection, and morality. He is one of the Producing Artistic Leaders of The Movement Theatre Company, a member of the Roundabout Directors Group, and the director of Those Guilty Creatures. Previous fellowships include Playwrights Horizons, Manhattan Theatre Club, Williamstown Theatre Festival, and Ars Nova, as well as the 24 Hour Plays: Nationals and NAMT directing cohorts. Recent directing includes serving as Associate Director to Tony-award winner Christopher Ashley on Diana: The Musical on Broadway, as well as directing productions and development with Fordham University, Atlantic Acting School, Clubbed Thumb, Ensemble Studio Theatre, NYU’s Experimental Theatre Wing, Shakespeare Academy at Stratford, A4, Playdate Theatre, Ars Nova, and Waterwell. Ryan graduated from Wesleyan University, where he received the Rachel Henderson Theater Prize and the Outreach & Community Service Prize in Theater. RyanDobrin.com 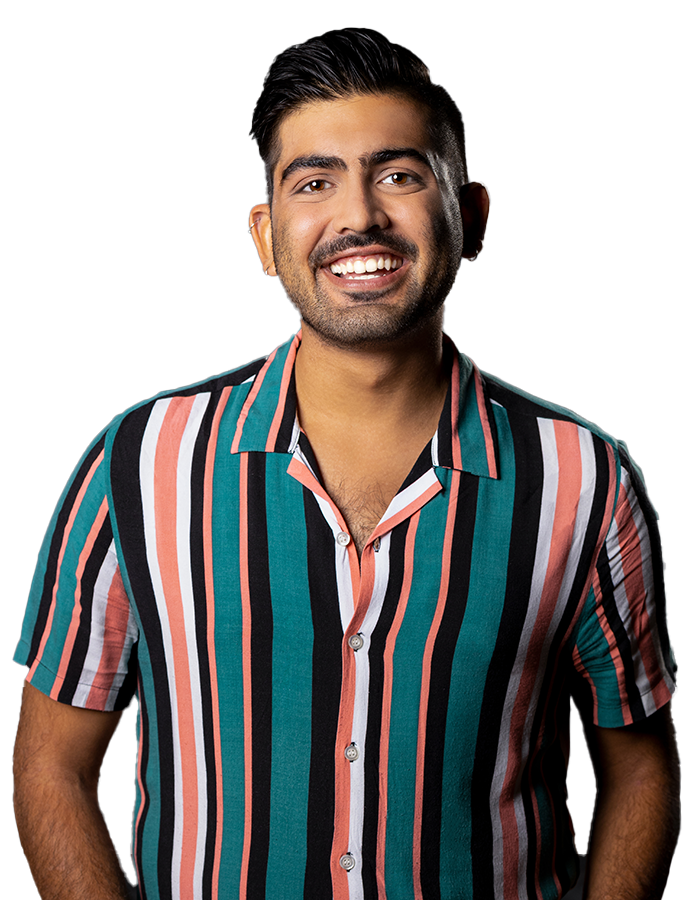 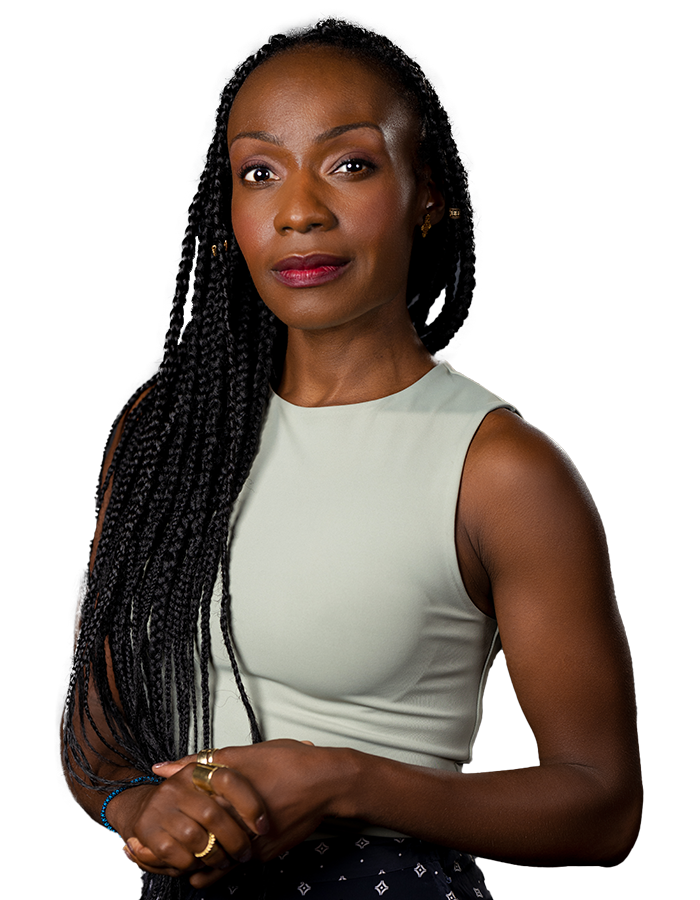 The Drama League advances American theater by providing life-long artistic resources for directors and a platform for dialogue with audiences. Founded in 1916, as one of the longest-running arts service organizations in the country, we continuously adapt to meet artists’ needs in the expanding entertainment landscape. We enable directors to make the most powerful, impactful work possible, expand their skill across multiple mediums to reach broader audiences, and build thriving, sustainable careers. Uplifting directors of all economic classes, races, abilities, genders, and identities is a cornerstone of this mission. We provide support to directors throughout their artistic lives, and our work in education offers continued learning to professionals and introduces the skills of directing to young people. Underpinning our work is the support of our members, a community of ardent theater fans and industry professionals whose commitment to advancing the art form helps develop the careers of the talented directors we champion.

The A.R.T./New York Theatres are a project of the Alliance of Resident Theatres/New York (A.R.T./New York) which provide state-of-the-art, accessible venues and top-line technical equipment at subsidized rates, so that the city’s small and emerging theatre companies can continue to experiment, grow, and produce new works. Founded in 1972, A.R.T./New York assists over 400 member theatres in realizing their rich artistic visions and serving their diverse audiences well. A.R.T./New York accomplishes this through providing progressive services to our members – from shared office and rehearsal spaces to technical assistance programs for emerging theatres. Because of this dedication to serving the needs of the nonprofit theatre community, A.R.T./New York has received numerous honors, including an Obie Award, an Innovative Theatre Award, a New York City Mayor’s Award for Arts & Culture, and a Tony Honor for Excellence in the Theatre. For more information, please visit www.art-newyork.org.

Christopher Vergara (Costume Design, he/him) Recent credits include: A Survivor’s Odyssey (White Snake); Bodas de Sangre (Phoenix); Once (VinWonders); The K of D, the bull-jean stories, Unfuckwithable (The Drama League); References to Salvador Dali… (Juilliard); Macbeth (Lewis Center); Shadows (Connelly); In the Heights (Orlando Shakes & Engeman); Kidnap Road (La Mama), The Golem of Havana (Miami New Drama), Texas in Paris, Last Dance (York Theatre Company); Danza-de-Fernando (somedance company); like the eagle (DASH); Madame Butterfly, Kiss Me Kate, La Traviata (Brevard); Harlequinade, Walpurgisnacht, Majisimas (Les Ballets Trockadero). Broadway Associate credits include: The Visit, People in the Picture, Eclipsed, The Color Purple, and Once on this Island. He is on faculty at the University of Michigan School of Music, Theater, and Dance as the Designer in Residence. He is an alumnus of the Professional Internship Program of The Juilliard School, and a member of IATSE-USA 829, Wingspace, and La Gente: the Latinx Theatre Design Network.

Daniel Brothers (Props Coordinator, he/him) is a renaissance man whose work in NYC has included being a Props Artisan for Soft Power and The Visitor at The Public, completing the “28 Plays Later” challenge with Literal Challenge, starring as Ajax over zoom, and stage managing And Away We Go (Gallery Players) and The Sickness (Varda Studios)… not to mention the short stories in progress on Patreon, or the antiques being restored in his garage. More details can be found at DannyJBrothers.com.

Courteney Leggett (Production Manager, they/them) is a Production Manager and Equity Stage Manager who has worked Off-Broadway, Regionally, as well as on Festivals and Tours. They specialize in new works and have a B.F.A. in Stage Management from University of Miami, FL. NYC credits include: Baghdaddy, Ideation, GIRL Shakes Loose, Seen/By Everyone, A Power Play, Boy, The Biggest Valley, Into the Woods, NYC Fringe Festival, and American Realness Festival. Regional credits include: Seared, Trouble Cometh, Bengal Tiger at the Baghdad Zoo, Sid the Science Kid, The Donkey Show, Girls vs. Boys, The Nutcracker, Our Town, Ayikodans, Miami Made Festival, and Jazz Roots.

Ali Skye Bennet (Artistic Line Producer, she/her) is thrilled to be celebrating DirectorFest with The Drama League as part of the artistic team, where she strives to continue creating a lasting, industry-wide impact on the next generation of artists and audiences. Ali has helped bring to life countless world-premieres by some of the most renowned artists in our field, including Paula Vogel, Branden Jacobs-Jenkins, Michael Mayer, Michael John LaChiusa, John Kander, and Susan Stroman, and has collaborated with Vineyard Theatre, Transport Group, Labyrinth, Elevator Repair Service, Developing Artists, PuppetCinema, CompassNeedle, and many more. In addition to being an artistic producer, Ali is a playwright, photographer, and avid traveler, documenting her adventures through her photos and journals. Proud TCG member and CTI alum. www.AliSkyeBennet.com

Thank You to Our Supporters